Mobile phones run on so-called embedded chipsets, which are designed to perform one or a few dedicated functions, often with real-time computing constraints. They are embedded as part of the complete device including hardware and mechanical parts.
Qualcomm SDM855 Snapdragon 855 (7 nm)
CPU:

The size of a screen is usually described by the length of its diagonal, which is the distance between opposite corners. It is also sometimes called the physical image size to distinguish it from the logical image size,which describes a screens display resolution and is measured in pixels.
6.67 inches, 108.8 cm2 (~88.1% screen-to-body ratio)
Resolution:

Image resolution can be measured in various ways. Basically, resolution quantifies how close lines can be to each other and still be visibly resolved. Resolution units can be tied to physical sizes (e.g. lines per mm, lines per inch), to the overall size of a picture (lines per picture height, also known simply as lines, TV lines, or TVL), or to angular subtenant. Line pairs are often used instead of lines; a line pair comprises a dark line and an adjacent light line.
1440 x 3120 pixels, 19.5:9 ratio (~516 ppi density)
Protection:
Corning Gorilla Glass 5
DCI-P3
HDR10+
90Hz

A wireless LAN (or WLAN, for wireless local area network, sometimes referred to as LAWN, for local area wireless network) is one in which a mobile user can connect to a local area network (LAN) through a wireless (radio) connection.
Wi-Fi 802.11 a/b/g/n/ac, dual-band, Wi-Fi Direct, DLNA, hotspot
Bluetooth:

Bluetooth is a wireless technology for exchanging data over short distances. The chip can be plugged into computers, digital cameras and mobile phones.
5.0, A2DP, LE, aptX HD
GPS:

The Global Positioning System (GPS) is a space-based navigation system that provides location and time information in all weather conditions, anywhere on or near the Earth where there is an unobstructed line of sight to four or more GPS satellites. The system provides critical capabilities to military, civil, and commercial users around the world. The United States government created the system, maintains it, and makes it freely accessible to anyone with a GPS receiver.
Yes, with dual-band A-GPS, GLONASS, BDS, GALILEO, SBAS
NFC:


Ask a question about OnePlus 7 Pro 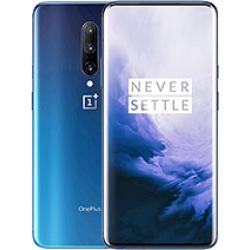