Image resolution can be measured in various ways. Basically, resolution quantifies how close lines can be to each other and still be visibly resolved. Resolution units can be tied to physical sizes (e.g. lines per mm, lines per inch), to the overall size of a picture (lines per picture height, also known simply as lines, TV lines, or TVL), or to angular subtenant. Line pairs are often used instead of lines; a line pair comprises a dark line and an adjacent light line.
720 x 1280 pixels (HD)
Pixel Density:

Is an operating system for smartphones, tablets, PDAs, or other mobile devices. While computers such as the typical laptop are mobile, the operating systems usually used on them are not considered mobile ones as they were originally designed for bigger stationary desktop computers that historically did not have or need specific "mobile" features. Mobile operating systems combine features of a personal computer operating system with other features useful for mobile or handheld use; usually including, and most of the following considered essential in modern mobile systems; a touchscreen, cellular, Bluetooth, Wi-Fi, GPS mobile navigation, camera, video camera, speech recognition, voice recorder, music player, near field communication and infrared blaster.
Android 6.0 (Marshmallow) (HTC Sense UI)
Hardware HTC Desire 540
Chipset:

Mobile phones run on so-called embedded chipsets, which are designed to perform one or a few dedicated functions, often with real-time computing constraints. They are embedded as part of the complete device including hardware and mechanical parts.
MediaTek / Qualcomm Snapdragon
CPU:

The central processing unit (CPU) is the unit, which performs most of the processing inside a smartphone. To control instructions and data flow to and from other parts of the smartphone.
Quad Core
RAM:

Bluetooth is a wireless technology for exchanging data over short distances. The chip can be plugged into computers, digital cameras and mobile phones.
Bluetooth 4.1
Wi-Fi:

The Global Positioning System (GPS) is a space-based navigation system that provides location and time information in all weather conditions, anywhere on or near the Earth where there is an unobstructed line of sight to four or more GPS satellites. The system provides critical capabilities to military, civil, and commercial users around the world. The United States government created the system, maintains it, and makes it freely accessible to anyone with a GPS receiver.
with A-GPS support, GLONASS
USB:
microUSB 2.0
NFC:

Near field communication (NFC) is a set of communication protocols that enable two electronic devices, one of which is usually a portable device such as a smartphone, to establish communication by bringing them within 4 cm (2 in) of each other.
No
Data HTC Desire 540
Speed:
LTE 50 Mbps, HSPA plus, LTE CAT4 150 Mbps DL
Web Browser:
Google Chrome Browser
Battery HTC Desire 540
Battery Type:
Li-Po
Quick Charge:
Yes
Other HTC Desire 540
Other:
Fashionable & Stylish Finish Back Cover
Ceramic Body Design
HTC BoomSound


Ask a question about HTC Desire 540 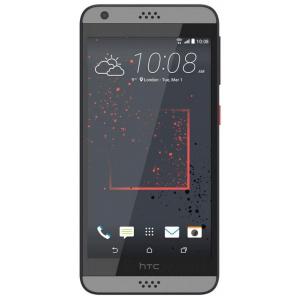