The nanoSIM is the SIM cards fourth size standard since its inception. Designated as 4FF, or fourth form factor, it measures 12.3mm x 8.8mm x 0.67mm, a reduction of over 42 times from the SIMs inception. Most people, however, are more familiar with the 2FF SIM card, known more readily as the Regular SIM card. At 25mm x 15mm x 0.76, it is 3.4 times larger than today is current SIM cards, which offer the same features in a much more compact package. Some manufacturers still choose to use the microSIM format which, at 15mm x 12mm, is only slightly larger than the nanoSIM.
Micro SIM Card,Standard SIM Card
Hardware Lenovo A858
CPU:

The central processing unit (CPU) is the unit, which performs most of the processing inside a smartphone. To control instructions and data flow to and from other parts of the smartphone.
MTK6732 64bit
Cores:
1.5GHz,Quad Core
GPU:

The GPU (Graphics Processing Unit) is a specialized circuit designed to accelerate the image output in a frame buffer intended for output to a display.
Mali-T760
RAM:

2G (or 2-G) is short for second-generation wireless telephone technology. Second-generation 2G cellular telecom networks were commercially launched on the GSM standard in Finland by Radiolinja (now part of Elisa Oyj) in 1991. Three primary benefits of 2G networks over their predecessors were that phone conversations were digitally encrypted; 2G systems were significantly more efficient on the spectrum allowing for far greater mobile phone penetration levels; and 2G introduced data services for mobile, starting with SMS text messages. 2G technologies enabled the various mobile phone networks to provide the services such as text messages, picture messages, and MMS (multimedia messages). All text messages sent over 2G are digitally encrypted, allowing for the transfer of data in such a way that only the intended receiver can receive and read it.
GSM 800/900/1800/1900MHz
3G Network:

3G actually stands for “third generation”, as it is the third type of access technology that has been made widely commercially available for connecting mobile phones.
WCDMA 850/900/1900/2100MHz
4G Network:

The size of a screen is usually described by the length of its diagonal, which is the distance between opposite corners, usually in inches. It is also sometimes called the physical image size to distinguish it from the "logical image size," which describes a screens display resolution and is measured in pixels.
5.0 inch
Screen resolution:


Comments, questions and answers to Lenovo A858


Ask a question about Lenovo A858 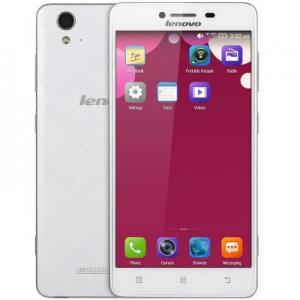