A fingerprint scanner is a type of technology that identifies and authenticates the fingerprints of an individual in order to grant or deny access to a computer system or a physical facility.
Yes
Waterproof:
No
Display & Screen iNew L7
Display Type:
IPS, LCD capacitive touchscreen
Display Size:

The size of a screen is usually described by the length of its diagonal, which is the distance between opposite corners. It is also sometimes called the physical image size to distinguish it from the logical image size,which describes a screens display resolution and is measured in pixels.
5.5 inches
Resolution:

Image resolution can be measured in various ways. Basically, resolution quantifies how close lines can be to each other and still be visibly resolved. Resolution units can be tied to physical sizes (e.g. lines per mm, lines per inch), to the overall size of a picture (lines per picture height, also known simply as lines, TV lines, or TVL), or to angular subtenant. Line pairs are often used instead of lines; a line pair comprises a dark line and an adjacent light line.
1080 x 1920 Pixels, 24 bit color depth
Multitouch Input:

In computing, multi-touch is technology that enables a surface (a trackpad or touchscreen) to recognize the presence of more than one or more than two points of contact with the surface. This plural-point awareness may be used to implement additional functionality, such as pinch to zoom or to activate certain subroutines attached to predefined gestures.
Yes
Display Colors:
16M Colors
Pixel Density (In PPI):
~ 401 PPI
Touch Screen:
Multi Touch Support
Touchscreen Technology:
Capacitive Touch
Display Protection:
Yes
Features:
FHD display
~ 401 PPI
Capacitive
Multi-touch

Mobile phones run on so-called embedded chipsets, which are designed to perform one or a few dedicated functions, often with real-time computing constraints. They are embedded as part of the complete device including hardware and mechanical parts.
MediaTek MT6753
CPU Frequency:

The clock rate typically refers to the frequency at which a chip like a central processing unit (CPU), one core of a multi-core processor, is running and is used as an indicator of the processors speed. It is measured in clock cycles per second or its equivalent, the SI unit hertz (Hz). The clock rate of the first generation of computers was measured in hertz or kilohertz (kHz), but in the 21st century the speed of modern CPUs is commonly advertised in gigahertz (GHz). This metric is most useful when comparing processors within the same family, holding constant other features that may impact performance.
Octa-Core 1.3GHz ARM Cortex-A53
Number of Cores:
4-Core
CPU Bit Architecture:
64-Bit
Graphics Processing (GPU):

Random-access memory (RAM) is a form of computer data storage. A random-access memory device allows data items to be accessed (read or written) in almost the same amount of time irrespective of the physical location of data inside the memory.
3GB
Memory Type:
LPDDR3
Internal Memory:

A reference is distinct from the data itself. Typically, for references to data stored in memory on a given system, a reference is implemented as the physical address of where the data is stored in memory or in the storage device. For this reason, a reference is often erroneously confused with a pointer or address, and is said to "point to" the data.
16GB
Cache Memory:
32 KB 32 KB (L1) | 512 KB (L2)
Memory Speed (RAM):
666 MHz
Card & Expandable Memory:
Support External Memory Up to 128GB
Card Slot:
microSD, microSDHC, microSDXC
Memory Channels:
Single Channel
Sensors:
Proximity Sensor
Accelerometer
Light Sensor
Fingerprint
Input Type:
Touch
Network & Cellular iNew L7
Network Technology:
GSM / UMTS / LTE
3G Support:
Yes
4G Support:
Yes
2G Network Bands:

3G actually stands for "third generation", as it is the third type of access technology that has been made widely commercially available for connecting mobile phones.
UMTS : 900 / 2100 MHz
4G Network Bands:

Is an operating system for smartphones, tablets, PDAs, or other mobile devices. While computers such as the typical laptop are mobile, the operating systems usually used on them are not considered mobile ones as they were originally designed for bigger stationary desktop computers that historically did not have or need specific "mobile" features. Mobile operating systems combine features of a personal computer operating system with other features useful for mobile or handheld use; usually including, and most of the following considered essential in modern mobile systems; a touchscreen, cellular, Bluetooth, Wi-Fi, GPS mobile navigation, camera, video camera, speech recognition, voice recorder, music player, near field communication and infrared blaster.
Android 6.0 Marshmallow
User Interface (UI):
with Modified Android
Java (Software Platform):

Wi-Fi is the name of a popular wireless networking technology that uses radio waves to provide wireless high-speed Internet and network connections. A common misconception is that the term Wi-Fi is short for "wireless fidelity," however this is not the case. Wi-Fi is simply a trademarked phrase that means IEEE 802.11x.
Wi-Fi 802.11 b/g/n, Wi-Fi Direct, Wi-Fi Display
Wi-fi Hotspot:
Yes
USB Type and Version:
Micro USBv2.0, With Charging and Mass Storage Function
Bluetooth Type, Model:

Bluetooth is a wireless technology for exchanging data over short distances. The chip can be plugged into computers, digital cameras and mobile phones.
Bluetooth v4.0 with A2DP Profile
Navigation Technology (GPS):

The Global Positioning System (GPS) is a space-based navigation system that provides location and time information in all weather conditions, anywhere on or near the Earth where there is an unobstructed line of sight to four or more GPS satellites.
Yes, with GPS, A-GPS
Near Field Communication:


Ask a question about iNew L7 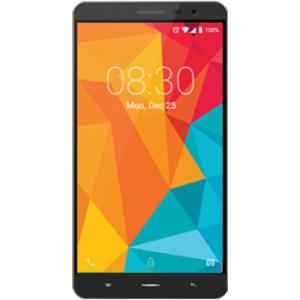