The size of a screen is usually described by the length of its diagonal, which is the distance between opposite corners. It is also sometimes called the physical image size to distinguish it from the logical image size,which describes a screens display resolution and is measured in pixels.
5.0 inches, 720 x 1280 pixels, 294 pixels per inch (PPI)
Memory And OS Vivo X3t
Card slot:
No
Internal:
16GB
Operating System:

Is an operating system for smartphones, tablets, PDAs, or other mobile devices. While computers such as the typical laptop are mobile, the operating systems usually used on them are not considered mobile ones as they were originally designed for bigger stationary desktop computers that historically did not have or need specific "mobile" features. Mobile operating systems combine features of a personal computer operating system with other features useful for mobile or handheld use; usually including, and most of the following considered essential in modern mobile systems; a touchscreen, cellular, Bluetooth, Wi-Fi, GPS mobile navigation, camera, video camera, speech recognition, voice recorder, music player, near field communication and infrared blaster.
Android 4.2 Jelly Bean
Processors:
1.7GHz quad-core Krait 300 CPU, Qualcomm APQ8064T Snapdragon 600 chipset, Adreno 320 GPU
RAM:

LTE (Long-Term Evolution, commonly marketed as 4G LTE) is a standard for wireless communication of high-speed data for mobile phones and data terminals. It is based on the GSM/EDGE and UMTS/HSPA network technologies, increasing the capacity and speed using a different radio interface together with core network improvements
No
WI-FI:

Wi-Fi is the name of a popular wireless networking technology that uses radio waves to provide wireless high-speed Internet and network connections. A common misconception is that the term Wi-Fi is short for "wireless fidelity," however this is not the case. Wi-Fi is simply a trademarked phrase that means IEEE 802.11x.
Wi-Fi 802.11 b/g/n, Wi-Fi hotspot, DLNA, Wi-Fi Direct
Bluetooth:

Bluetooth is a wireless technology for exchanging data over short distances. The chip can be plugged into computers, digital cameras and mobile phones.
Version 4.0, A2DP, LE
GPS:

The Global Positioning System (GPS) is a space-based navigation system that provides location and time information in all weather conditions, anywhere on or near the Earth where there is an unobstructed line of sight to four or more GPS satellites.
A-GPS, GLONASS
NFC:

Near field communication (NFC) is a set of protocols that enable two electronic devices, one of which is usually a portable device such as a smartphone, to establish radio data communication with each other by bringing them closer than, typically, 10 cm (4 in) from each other.
No
USB:
MicroUSB v2.0
Camera Vivo X3t
Primary:
8MP, up to 3264 x 2448-pixel pictures, HDR, face and smile detection,autofocus, geo-tagging camera with LED flash
Video:
1080p@30fps
Secondary:
5MP, up to 2592 x 1944-pixel pictures
Battery Vivo X3t
Battery capacity:

Java is a programming language and computing platform first released by Sun Microsystems in 1995. There are lots of applications and websites that will not work unless you have Java installed, and more are created every day. Java is fast, secure, and reliable. From laptops to datacenters, game consoles to scientific supercomputers, cell phones to the Internet, Java is everywhere!
No
Miscellaneous:
- Active noise cancellation with dedicated mic
- MP3/WAV/eAAC+/WMA player
- FM Radio
- MP4/H.264/H.263/WMV player
- Document viewer/editor


Ask a question about Vivo X3t 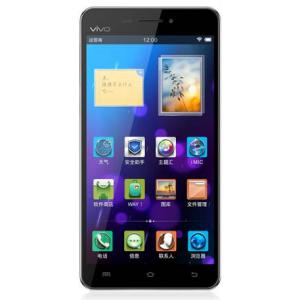