There are generally three types of SIM card still in use today. There is a Standard SIM, a smaller Micro SIM and an even smaller Nano SIM. The type you will need depends entirely on the handset you have bought, although there are ways you can make a SIM work with whatever phone you have.
Standard SIM Card
CPU:
SC7730
Processor:

Is an operating system for smartphones, tablets, PDAs, or other mobile devices. While computers such as the typical laptop are mobile, the operating systems usually used on them are not considered mobile ones as they were originally designed for bigger stationary desktop computers that historically did not have or need specific "mobile" features. Mobile operating systems combine features of a personal computer operating system with other features useful for mobile or handheld use; usually including, and most of the following considered essential in modern mobile systems; a touchscreen, cellular, Bluetooth, Wi-Fi, GPS mobile navigation, camera, video camera, speech recognition, voice recorder, music player, near field communication and infrared blaster.
Android 2.3
RAM:

Wi-Fi is the name of a popular wireless networking technology that uses radio waves to provide wireless high-speed Internet and network connections. A common misconception is that the term Wi-Fi is short for "wireless fidelity," however this is not the case. Wi-Fi is simply a trademarked phrase that means IEEE 802.11x.
802.11 b/g/n
Bluetooth:

Bluetooth is a wireless technology for exchanging data over short distances. The chip can be plugged into computers, digital cameras and mobile phones.
Yes
Display Lenovo A396
Screen Size:

Is the physical size of the area where pictures and videos are displayed. The size of a screen is usually described by the length of its diagonal, which is the distance between opposite corners, usually in inches.
4.0 inch
Screen Type:
TFT, Capacitive
Resolution:


Comments, questions and answers to Lenovo A396


Ask a question about Lenovo A396 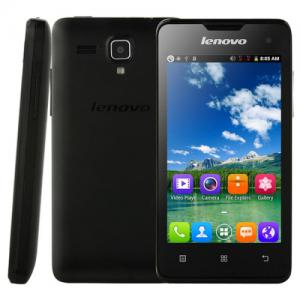