The central processing unit (CPU) is the unit, which performs most of the processing inside a smartphone. To control instructions and data flow to and from other parts of the smartphone.
2GHz,64 bit,4x ARM
GPU:

The Global Positioning System (GPS) is a satellite-based navigation system made up of a network of 24 satellites placed into orbit by the U.S. Department of Defense. GPS was originally intended for military applications, but in the 1980s, the government made the system available for civilian use. GPS works in any weather conditions, anywhere in the world, 24 hours a day. There are no subscription fees or setup charges to use GPS.
Assisted GPS, QuickGPS, Geotagging
Java:

Java allows you to play online games, chat with people around the world, calculate your mortgage interest, and view images in 3D, just to name a few. It is also integral to the intranet applications and other e-business solutions that are the foundation of corporate computing.
-
Colors:
Silver
More Feature:
-
Display Huawei Dtab Compact d-02H
Display size:

The size of a screen is usually described by the length of its diagonal, which is the distance between opposite corners, usually in inches. It is also sometimes called the physical image size to distinguish it from the "logical image size," which describes a screens display resolution and is measured in pixels.
8.0 inches,800 x 1280 pixels (283.3 ppi )
Display type:
Capacitive touchscreen
Multitouch:

Multi-touch, in a computing context, is an interface technology that enables input through pressure and gestures on multiple points on the surface of a device. Although most commonly used with touch screens on handheld devices, such as smartphones and tablets, multi-touch has been adapted for other surfaces as well, including touch pads and mice, whiteboards, tables and walls.
Yes
Protection:
built-in digital compass
Memory Huawei Dtab Compact d-02H
Memory card:
MicroSD, up to 32 GB
Memory internal:
16 GB, 2 GB RAM
Connectivity Huawei Dtab Compact d-02H
GPRS:

General Packet Radio Services (GPRS) is a packet-based wireless communication service that promises data rates from 56 up to 114 Kbps and continuous connection to the Internet for mobile phone and computer users. The higher data rates allow users to take part in video conferences and interact with multimedia Web sites and similar applications using mobile handheld devices as well as notebook computers. GPRS is based on Global System for Mobile (GSM) communication and complements existing services such circuit-switched cellular phone connections and the Short Message Service (SMS).
Yes
EDGE:

EDGE (Enhanced Data GSM Environment) is a faster version the Global System for Mobile (GSM) wireless service designed to deliver data at rates up to 384 Kbps and enable the delivery of multimedia and other broadband applications to mobile phone and computer users. The EDGE standard is built on the existing GSM standard, using the same time-division multiple access (TDMA) frame structure and existing cell arrangements. Ericsson notes that its base stations can be updated with software.
Yes
Bluetooth:

Bluetooth is a wireless technology for exchanging data over short distances. The chip can be plugged into computers, digital cameras and mobile phones.
Version 4.0
USB:
MicroUSB v2.0
WLAN:

2G (or 2-G) is short for second-generation wireless telephone technology. Second-generation 2G cellular telecom networks were commercially launched on the GSM standard in Finland by Radiolinja (now part of Elisa Oyj) in 1991. Three primary benefits of 2G networks over their predecessors were that phone conversations were digitally encrypted; 2G systems were significantly more efficient on the spectrum allowing for far greater mobile phone penetration levels; and 2G introduced data services for mobile, starting with SMS text messages. 2G technologies enabled the various mobile phone networks to provide the services such as text messages, picture messages, and MMS (multimedia messages). All text messages sent over 2G are digitally encrypted, allowing for the transfer of data in such a way that only the intended receiver can receive and read it.
Yes
3G Network:

3G actually stands for “third generation”, as it is the third type of access technology that has been made widely commercially available for connecting mobile phones.
Yes
4G Network: 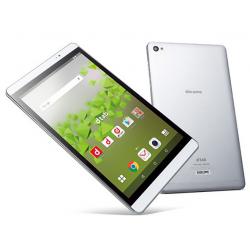