A fingerprint scanner is a type of technology that identifies and authenticates the fingerprints of an individual in order to grant or deny access to a computer system or a physical facility.
Yes
Waterproof:
Yes
Display & Screen HTC X2
Display Type:
Super LCD 5 capacitive touchscreen
Display Size:

The size of a screen is usually described by the length of its diagonal, which is the distance between opposite corners. It is also sometimes called the physical image size to distinguish it from the logical image size,which describes a screens display resolution and is measured in pixels.
5.2 inches FHD
Resolution:

Image resolution can be measured in various ways. Basically, resolution quantifies how close lines can be to each other and still be visibly resolved. Resolution units can be tied to physical sizes (e.g. lines per mm, lines per inch), to the overall size of a picture (lines per picture height, also known simply as lines, TV lines, or TVL), or to angular subtenant. Line pairs are often used instead of lines; a line pair comprises a dark line and an adjacent light line.
1920 x 1080 Pixels, 24 bit color depth
Multitouch Input:

Mobile phones run on so-called embedded chipsets, which are designed to perform one or a few dedicated functions, often with real-time computing constraints. They are embedded as part of the complete device including hardware and mechanical parts.
Qualcomm Snapdragon 630, 64-bit Processor
CPU Frequency:

The clock rate typically refers to the frequency at which a chip like a central processing unit (CPU), one core of a multi-core processor, is running and is used as an indicator of the processors speed. It is measured in clock cycles per second or its equivalent, the SI unit hertz (Hz). The clock rate of the first generation of computers was measured in hertz or kilohertz (kHz), but in the 21st century the speed of modern CPUs is commonly advertised in gigahertz (GHz). This metric is most useful when comparing processors within the same family, holding constant other features that may impact performance.
Octa-Core 4x2.2GHz ARM Cortex-A53 4x1.8GHz ARM Cortex-A53
Number of Cores:
8-Core
CPU Bit Architecture:
64-Bit
Graphics Processing (GPU):

The GPU (Graphics Processing Unit) is a specialized circuit designed to accelerate the image output in a frame buffer intended for output to a display.
Qualcomm Adreno 508 GPU
Process Technology:
14nm
RAM (Memory):

Random-access memory (RAM) is a form of computer data storage. A random-access memory device allows data items to be accessed (read or written) in almost the same amount of time irrespective of the physical location of data inside the memory.
4GB
Memory Type:
LPDDR4
Internal Memory:

A reference is distinct from the data itself. Typically, for references to data stored in memory on a given system, a reference is implemented as the physical address of where the data is stored in memory or in the storage device. For this reason, a reference is often erroneously confused with a pointer or address, and is said to "point to" the data.
64GB
Cache Memory:
Yes
Memory Speed (RAM):
1333MHz
Card & Expandable Memory:
Support External Memory Up to 2TB
Card Slot:
microSD, microSDHC, microSDXC
Memory Channels:
Double Channel
Sensors:
Proximity Sensor
Accelerometer
Ambient Light
Fingerprint (Front Mounted)
Input Type:
Touch
Network & Cellular HTC X2
Network Technology:
GSM / UMTS / FDD-LTE, TDD-LTE
3G Support:
Yes
4G Support:
Yes
2G Network Bands:

3G actually stands for "third generation", as it is the third type of access technology that has been made widely commercially available for connecting mobile phones.
UMTS: 800 / 900 / 2100 MHz
4G Network Bands:

Is an operating system for smartphones, tablets, PDAs, or other mobile devices. While computers such as the typical laptop are mobile, the operating systems usually used on them are not considered mobile ones as they were originally designed for bigger stationary desktop computers that historically did not have or need specific "mobile" features. Mobile operating systems combine features of a personal computer operating system with other features useful for mobile or handheld use; usually including, and most of the following considered essential in modern mobile systems; a touchscreen, cellular, Bluetooth, Wi-Fi, GPS mobile navigation, camera, video camera, speech recognition, voice recorder, music player, near field communication and infrared blaster.
Android 8.0 Oreo OS
User Interface (UI):
Yes
Java (Software Platform):

A loudspeaker is simply a device that converts electrical energy into sound that is amplified so that it can be heard from a greater distance than the original sound would allow. There is no difference in usage of the terms speaker and loudspeaker and both are often used interchangeably. Some loudspeakers are capable of producing sounds over a wide range of frequencies and some are only made to reproduce certain frequencies.
Yes
Audio Output:
with Type-C USB Headphone Jack
Speakers:
Yes
Wired & Wireless Connectivity HTC X2
Wi-Fi:

The Global Positioning System (GPS) is a space-based navigation system that provides location and time information in all weather conditions, anywhere on or near the Earth where there is an unobstructed line of sight to four or more GPS satellites.
Yes, with GPS, A-GPS, GLONASS, BeiDou
Near Field Communication:


Ask a question about HTC X2 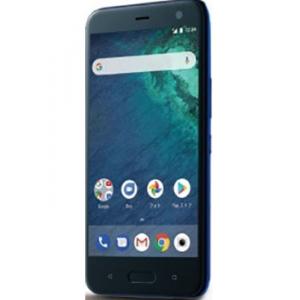