A dual SIM phone is a mobile phone, typically a smartphone, with the capacity to use two subscriber identity module (SIM) cards. A SIM card is a smart card that stores data for the owner, including user identity and preferences, location and phone number, network authorization data, personal security keys, contact lists and stored text messages. To transfer the data to another phone, the user just has to take the SIM card out of one phone and insert it in the other.
Yes
Sim Size:

There are three different SIM card sizes: Standard, Micro and Nano. The best way to find out the size of your SIM is on the packaging your phone came in or the website for your phone type. Here are some general tips that might help you: Standard SIM (15 x 25mm), Micro SIM (12 x 15mm), Nano SIM (8.8 x 12.3mm)
Nano+Nano SIM
Display Cubot J7
Type:
Color IPS screen (16M)
Touchscreen:

Touchscreen technology is the direct manipulation type gesture based technology. Direct manipulation is the ability to manipulate digital world inside a screen without the use of command-line-commands. A device which works on touchscreen technology is coined as Touchscreen. A touchscreen is an electronic visual display capable of ‘detecting’ and effectively ‘locating’ a touch over its display area. It is sensitive to the touch of a human finger, hand, pointed finger nail and passive objects like stylus. Users can simply move things on the screen, scroll them, make them bigger and many more.
Yes, with Multitouch
Size:
5.7 inches, 720 x 1440 pixels
Aspect Ratio:
18:9
PPI:

In computers, pixels per inch (ppi) is a measure of the sharpness (that is, the density of illuminated points) on a display screen . The dot pitch determines the absolute limit of the possible pixels per inch. However, the displayed resolution of pixel s (picture elements) that is set up for the display is usually not as fine as the dot pitch. The pixels per inch for a given picture resolution will differ based on the overall screen size since the same number of pixels are being spread out over a different space. The term "dots per inch" ( dpi ), extended from the print medium, is sometimes used instead of pixels per inch.
~299 PPI
Features:
2.5D Curved Glass
Memory Cubot J7
RAM:

Random Access Memory, or RAM (pronounced as ramm), is the physical hardware inside a computer that temporarily stores data, serving as the computers "working" memory. RAM is much faster to read from and write to than other kinds of storage in a computer, such as a hard disk drive (HDD), solid-state drive (SSD) or optical drive. Data remains in RAM as long as the computer is running. When the computer is turned off, RAM loses its data. When the computer is turned on again, the OS and other files are once again loaded into RAM, usually from an HDD or SSD.
2 GB
Storage:
16 GB
Card Slot:
Yes, (Hybrid Slot), upto 128 GB
Connectivity Cubot J7
GPRS:

General Packet Radio Services (GPRS) is a packet-based wireless communication service that promises data rates from 56 up to 114 Kbps and continuous connection to the Internet for mobile phone and computer users. The higher data rates allow users to take part in video conferences and interact with multimedia Web sites and similar applications using mobile handheld devices as well as notebook computers. GPRS is based on Global System for Mobile (GSM) communication and complements existing services such circuit-switched cellular phone connections and the Short Message Service (SMS).
Yes
EDGE:

EDGE takes GSM even further. GSM, which stands for Global System for Mobile communications, reigns as the world’s most widely used cell phone technology. EDGE, which stands for Enhanced Data rates for GSM Evolution, is a faster version of GSM. EDGE is a high-speed 3G technology that was built upon the GSM standard. EDGE networks are designed to deliver multimedia applications such as streaming television, audio and video to mobile phones at speeds up to 384 Kbps.
Yes
3G:

4G is the short name for fourth-generation wireless, the stage of broadband mobile communications that will supercede the third generation (3G ). 4G is all the rage these days and at this point most people probably know that it’s faster than 3G, but there’s a whole lot more to it than that. So for a rundown of all the benefits, how to get 4G, exactly how fast it is and what the future holds read on, because we’ve got an easily digestible guide to everything you need to know.
Yes
VoLTE:

The Voice over LTE, VoLTE scheme was devised as a result of operators seeking a standardised system for transferring traffic for voice over LTE. Originally LTE was seen as a completely IP cellular system just for carrying data, and operators would be able to carry voice either by reverting to 2G / 3G systems or by using VoIP in one form or another.
Yes
Wi-Fi:

"Wi-Fi" is a type of wireless networking protocol that allows devices to communicate without cords or cables. Wi-Fi is technically an industry term that represents a type of wireless local area network (LAN) protocol based on the 802.11 IEEE network standard. It is the most popular means of communicating data wirelessly, within a fixed location, today.
Yes, with wifi-hotspot
Bluetooth:

Bluetooth first appeared as a consumer technology in 2000 and it is still going strong. It is a wireless communication protocol for connecting devices through the air - it is slower than Wi-Fi but is often simpler to set up, and is usually preferred for device-to-device transfers.
Yes
USB:

The Global Positioning System (GPS) is a satellite-based navigation system made up of at least 24 satellites. GPS works in any weather conditions, anywhere in the world, 24 hours a day, with no subscription fees or setup charges. The U.S. Department of Defense (USDOD) originally put the satellites into orbit for military use, but they were made available for civilian use in the 1980s.
Yes
3.5mm Headphone Jack:
Yes
Camera Cubot J7
Rear Camera:
8 MP + 2 MP with autofocus
Video Recording:
720p @ 30fps HD
Flash:
Yes, LED
Front Camera:
5 MP
Technical Cubot J7
Operating System:

Is an operating system for smartphones, tablets, PDAs, or other mobile devices. While computers such as the typical laptop are mobile, the operating systems usually used on them are not considered mobile ones as they were originally designed for bigger stationary desktop computers that historically did not have or need specific "mobile" features. Mobile operating systems combine features of a personal computer operating system with other features useful for mobile or handheld use; usually including, and most of the following considered essential in modern mobile systems; a touchscreen, cellular, Bluetooth, Wi-Fi, GPS mobile navigation, camera, video camera, speech recognition, voice recorder, music player, near field communication and infrared blaster.
Android v9.0 (Pie)
Chipset:
MediaTek MT6580
Processor:

A mobile processor is found in mobile computers and cellphones. A CPU chip is designed for portable computers, it is typically housed in a smaller chip package, but more importantly, in order to run cooler, it uses lower voltages than its desktop counterpart and has more "sleep mode" capability. A mobile processor can be throttled down to different power levels or sections of the chip can be turned off entirely when not in use. Further, the clock frequency may be stepped down under low processor loads. This stepping down conserves power and prolongs battery life.
1.3 GHz, Quad Core Processor
GPU:

GPU computing is the use of a GPU (graphics processing unit) as a co-processor to accelerate CPUs for general-purpose scientific and engineering computing. The GPU accelerates applications running on the CPU by offloading some of the compute-intensive and time consuming portions of the code. The rest of the application still runs on the CPU. From a users perspective, the application runs faster because it is using the massively parallel processing power of the GPU to boost performance. This is known as "heterogeneous" or "hybrid" computing.
ARM Mali-400
Java:

Java is a programming language and computing platform first released by Sun Microsystems in 1995. There are lots of applications and websites that will not work unless you have Java installed, and more are created every day. Java is fast, secure, and reliable. From laptops to datacenters, game consoles to scientific supercomputers, cell phones to the Internet, Java is everywhere!
No
Browser:
Yes
Multimedia Cubot J7
Email:
Yes
Music:
Yes
FM Radio:
Yes
Document Reader:
Yes
Battery Cubot J7
Type:
Non-Removable Battery
Size:
2800 mAh, Li-Po Battery


Ask a question about Cubot J7 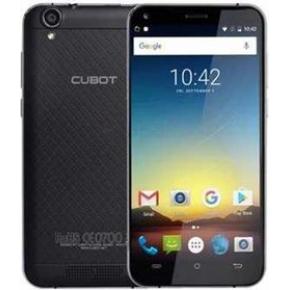