Is an operating system for smartphones, tablets, PDAs, or other mobile devices. While computers such as the typical laptop are mobile, the operating systems usually used on them are not considered mobile ones as they were originally designed for bigger stationary desktop computers that historically did not have or need specific "mobile" features. Mobile operating systems combine features of a personal computer operating system with other features useful for mobile or handheld use; usually including, and most of the following considered essential in modern mobile systems; a touchscreen, cellular, Bluetooth, Wi-Fi, GPS mobile navigation, camera, video camera, speech recognition, voice recorder, music player, near field communication and infrared blaster.
Android 4.4
Processor:

A mobile processor is found in mobile computers and cellphones. A CPU chip is designed for portable computers, it is typically housed in a smaller chip package, but more importantly, in order to run cooler, it uses lower voltages than its desktop counterpart and has more "sleep mode" capability. A mobile processor can be throttled down to different power levels or sections of the chip can be turned off entirely when not in use. Further, the clock frequency may be stepped down under low processor loads. This stepping down conserves power and prolongs battery life.
MediaTek MT6572
Number of processor cores:
2
CPU frequency:

The clock rate typically refers to the frequency at which a chip like a central processing unit (CPU), one core of a multi-core processor, is running and is used as an indicator of the processors speed. It is measured in clock cycles per second or its equivalent, the SI unit hertz (Hz). The clock rate of the first generation of computers was measured in hertz or kilohertz (kHz), but in the 21st century the speed of modern CPUs is commonly advertised in gigahertz (GHz). This metric is most useful when comparing processors within the same family, holding constant other features that may impact performance.
1 300 MHz
GPU:

The GPU (Graphics Processing Unit) is a specialized circuit designed to accelerate the image output in a frame buffer intended for output to a display.
Mali-400
RAM:

Random-access memory (RAM) is a form of computer data storage. A random-access memory device allows data items to be accessed (read or written) in almost the same amount of time irrespective of the physical location of data inside the memory.
512 Mb
Internal RAM:

A reference is distinct from the data itself. Typically, for references to data stored in memory on a given system, a reference is implemented as the physical address of where the data is stored in memory or in the storage device. For this reason, a reference is often erroneously confused with a pointer or address, and is said to "point to" the data.
4 GB
Memory Card Slot:
yes
Memory card support:
microSD (TransFlash), micro SDHC
Year of issue:
2016
Dimensions (WxHxT):
145x70.9x7x144 mm
Design Huawei Y3 Lite (Y360-U82)
Enclosure type:
classic
Housing material:
plastic
The number of SIM-cards:
2
SIM:

There are generally three types of SIM card still in use today. There is a Standard SIM, a smaller Micro SIM and an even smaller Nano SIM. The type you will need depends entirely on the handset you have bought, although there are ways you can make a SIM work with whatever phone you have.
Mini-SIM+Micro-SIM
Fingerprint:
no
Water resistant:
no
Shock-resistant enclosure:
no
Display Huawei Y3 Lite (Y360-U82)
Color screen:
yes
Screen type:
TFT
The number of screen colors:
16 777 216
Screen Size:

Is the physical size of the area where pictures and videos are displayed. The size of a screen is usually described by the length of its diagonal, which is the distance between opposite corners, usually in inches.
4''
Resolution:

Image resolution can be measured in various ways. Basically, resolution quantifies how close lines can be to each other and still be visibly resolved. Resolution units can be tied to physical sizes (e.g. lines per mm, lines per inch), to the overall size of a picture (lines per picture height, also known simply as lines, TV lines, or TVL), or to angular subtenant. Line pairs are often used instead of lines; a line pair comprises a dark line and an adjacent light line.
480x800 px
Touch screen:
yes
Touch screen type:
capacitive
Multitouch:

In computing, multi-touch is technology that enables a surface (a trackpad or touchscreen) to recognize the presence of more than one or more than two points of contact with the surface. This plural-point awareness may be used to implement additional functionality, such as pinch to zoom or to activate certain subroutines attached to predefined gestures.
yes
Accelerometer:

An accelerometer is a device that measures proper acceleration ("g-force"). Proper acceleration is not the same as coordinate acceleration (rate of change of velocity). For example, an accelerometer at rest on the surface of the Earth will measure an acceleration g= 9.81 m/s2 straight upwards. By contrast, accelerometers in free fall orbiting and accelerating due to the gravity of Earth will measure zero.
yes
Camera Huawei Y3 Lite (Y360-U82)
Camera:
yes
The number of megapixels:
2
Built-in flash:
yes
Flash type:
LED flash
Front Camera:
yes
The number of megapixels front camera:
0.3
Communication Huawei Y3 Lite (Y360-U82)
Bluetooth:

Near field communication (NFC) is a set of protocols that enable two electronic devices, one of which is usually a portable device such as a smartphone, to establish radio data communication with each other by bringing them closer than, typically, 10 cm (4 in) from each other.
no
USB:
yes
Infrared port (IRDA):
no
USB-host/OTG:
no
MHL Support:

General Packet Radio Services (GPRS) is a packet-based wireless communication service that promises data rates from 56 up to 114 Kbps and continuous connection to the Internet for mobile phone and computer users. The higher data rates allow users to take part in video conferences and interact with multimedia Web sites and similar applications using mobile handheld devices as well as notebook computers. GPRS is based on Global System for Mobile (GSM) communication and complements existing services such circuit-switched cellular phone connections and the Short Message Service (SMS).
yes
EDGE:

EDGE (Enhanced Data GSM Environment) is a faster version the Global System for Mobile (GSM) wireless service designed to deliver data at rates up to 384 Kbps and enable the delivery of multimedia and other broadband applications to mobile phone and computer users. The EDGE standard is built on the existing GSM standard, using the same time-division multiple access (TDMA) frame structure and existing cell arrangements. Ericsson notes that its base stations can be updated with software.
yes
Navigation Huawei Y3 Lite (Y360-U82)
GPS:

The Global Positioning System (GPS) is a space-based navigation system that provides location and time information in all weather conditions, anywhere on or near the Earth where there is an unobstructed line of sight to four or more GPS satellites.
yes
A-GPS:
yes
BeiDou:

A loudspeaker is simply a device that converts electrical energy into sound that is amplified so that it can be heard from a greater distance than the original sound would allow. There is no difference in usage of the terms speaker and loudspeaker and both are often used interchangeably. Some loudspeakers are capable of producing sounds over a wide range of frequencies and some are only made to reproduce certain frequencies.
yes
Messages Huawei Y3 Lite (Y360-U82)
Enter the dictionary:
yes
MMS:
yes
Notebook and organizer Huawei Y3 Lite (Y360-U82)
Organizer / Calendar:
yes
Alarm clock:
yes
Calculator:
yes
Battery Huawei Y3 Lite (Y360-U82)
Battery type:
Li-Ion
Battery capacity:
1 730 mAh
Battery mount:
removable
The wireless charging:
no 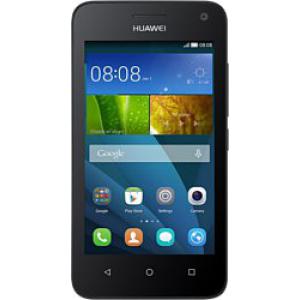